History of the plant

“From a small joint venture to the largest metallurgical complex”

We all live and work in buildings constructed with the use of rolled metal.

Each stage of construction involves a certain type of rolled metal, such as reinforcing steel, pipes, shaped pipes of square or rectangular section, mesh work, wire and, of course, fixing hardware.

Rolled metal is the strongest, safest, most durable and reliable material used on construction sites. It is next to impossible to replace it!

In the 1990s, it took a long time to deliver imported pipe products, and beside that customs clearance involved additional costs and took a long period, which were the major obstacles to the use of rolled metal products.

A good house is a solid house. You will achieve this if you use high-quality building materials. 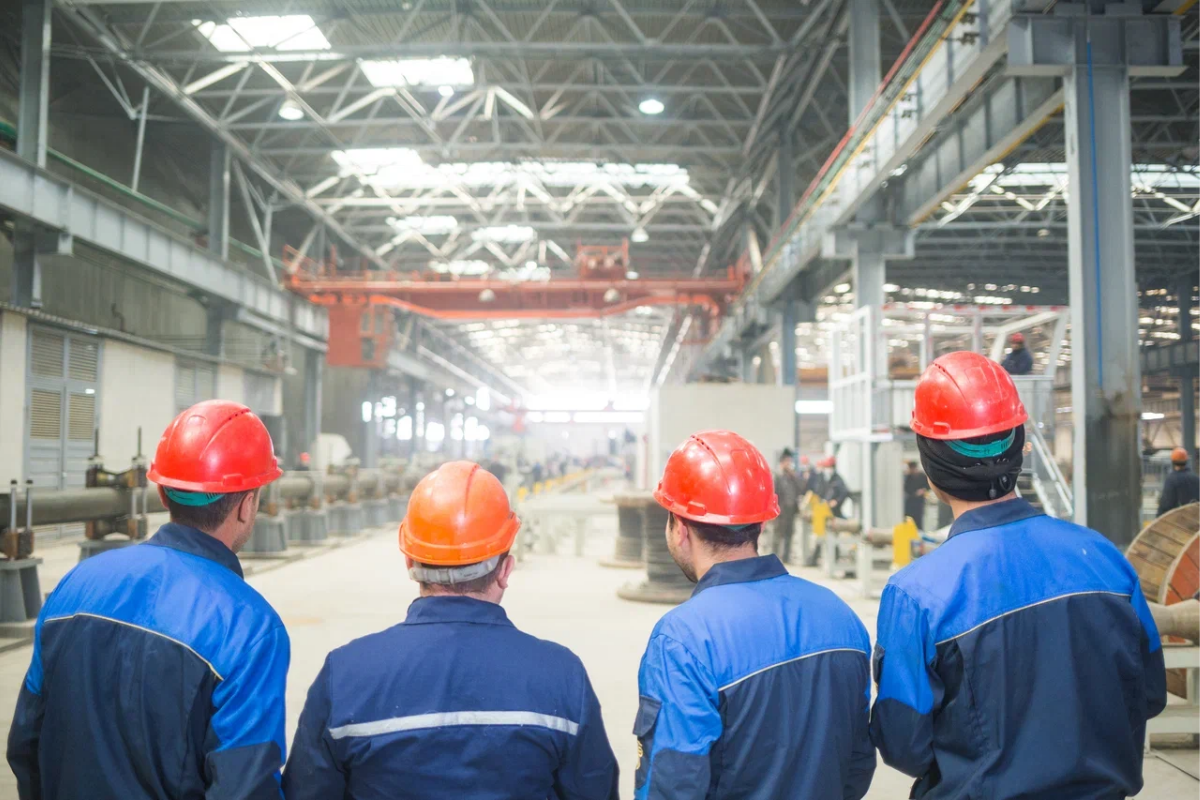 This became the starting point for the creation of a metal rolling mill to manufacture steel products that would comply with international standards and meet the production needs of developing fuel & energy complex and construction industry, public utilities, small and medium-sized businesses in the territory of the Republic of Uzbekistan.

Thus, in 1996-1997, at the initiative of the head of the Production and Processing Equipment Agency of the Irmontazhstroy trust Vladimir Leonidovich Galperin, Almetyevsk Pipe Plant JSC (Russian Federation) was included in the founding members of JV Irmontazhkomplekt with a share of 23.9%, and the Charter of the joint venture was re-registered with the Ministry of Justice on May 15, 1997 under No.08-1120. V.L. Galperin was elected the Chairman of the Board of Founders.

1998 – The Board of Founders made a decision to organize the manufacture of steel electric-welded pipes, and Almetyevsk Pipe Plant JSC, having significantly increased its share in the Authorized Fund, delivered a pipe-rolling mill to the joint venture.

1999 – Commissioning of the first pipe-welding mill for the manufacture of longitudinal, steel electric-welded (using high frequency welding) pipes with a capacity of 15 thousand tons/year.

2000 – Almetyevsk Pipe Plant JSC sold part of its share in the Authorized Fund of the joint venture to the Capital Ind. Supply, Inc. corporation (USA), which additionally increased its share by supplying another pipe-rolling mill and circular machinery. By the decision of the Board of Founders, JV Irmontazhkomplekt was renamed into JV Tashkent Pipe Plant. The Charter was re-registered with the Ministry of Justice on October 3, 2000 under No.08-1447.

The plant attracted numerous customers and clients who were previously discouraged by a long period of the delivery of imported pipe products, additional costs and a long stretch of time spent for customs clearance.

Simultaneously with the diversification of production, there was a change in the founding members of the joint venture and the number of countries represented by them:

2007 – a new participant – OJSC Onest-D (Russia), thanks to which the Authorized Fund of the enterprise increased due to the delivery of another new pipe-rolling mill, was included in the founding members.

2009 – Xinjiang Jinboer Ind. & Trade Co, LTD (China) bought out the share of the authorized capital owned by Almetyevsk Pipe Plant JSC. The founders decided to use the dividends payable for increasing the Authorized Fund, and the Charter of JV Tashkent Pipe Plant, which included as many as four parties: Uzbek, Russian, American and Chinese ones, was registered by the Ministry of Justice on December 23, 2009 under No.8-1324/4.

To the deep regret of all employees and founders of the plant, on October 5, 2016, the permanent Chairman of the Board of Founders of Joint Venture Tashkent Pipe Plant Vladimir Leonidovich Galperin passed away. At his initiative and thanks to his efforts, the interests and capitals of the founders were consolidated, and as a result, JV Irmontazhkomplekt, being a small enterprise manufacturing automobile tires, PVC pipes, etc., turned into a large metallurgical complex. At the suggestion of employees and founders of the company, his name was immortalized in the memorial plate installed in the plant’s office and added to its name.

Based on the Minutes of the General Meeting of Founders dated April 6, 2017, the changes in the Charter and the new name: JV LLC Tashkent Pipe Plant named after V. L. Galperin were registered with the Single Window Center. 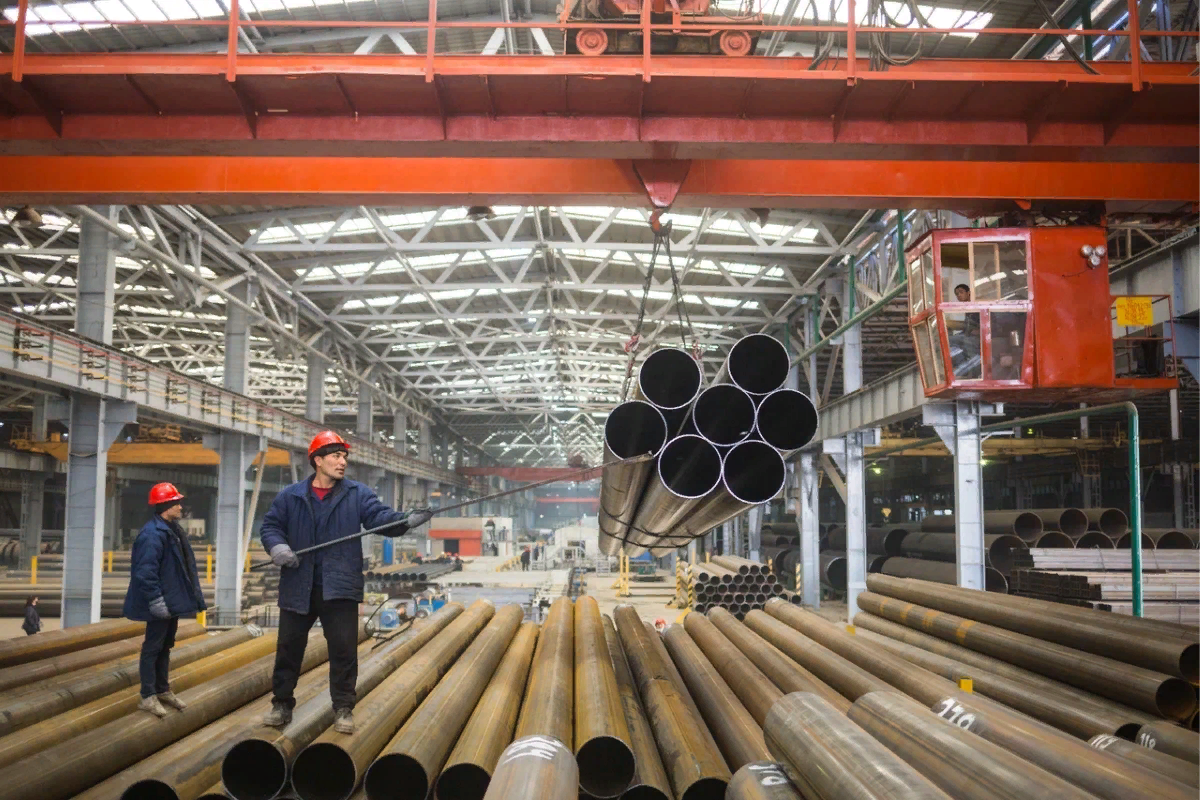 Our team has been following the mission and values ​​laid down by Vladimir Leonidovich Galperin.

Our mission is to create the maximum benefits of manufactured products.

Success management is one of the core features of our team.

Innovation is the use of advanced technology.

Improvement is adherence to the principles of strategic planning and total quality management.

Employees are the main asset of our Company, and we seek to employee loyalty. Respect for employees is expressed in the creation of a favorable psychological and occupational climate for their work.

These are the ingredients for our success!

Our advantage is the knowledge and satisfaction of current and future needs in the manufacture of steel products, which is of paramount value for our company.

Our history rtecords presented below in chronological order of achievements are the commissioning of new process equipment as part of investment projects with the aim of localizing metal products that had not been manufactured in the country, as well as increasing production capacities and expanding the range of finished products.

The main momentous events of our plant:

Март 2019 year – Exploitation of cold wire drawing equipment. Putting into production of wire of low-carbon steel for reinforcement of ferro-concrete constructions ВР-1 with a diameter of 3mm, 4mm, 5mm, 6mm, 7mm and 8mm.